VO2 Max: Connecting the Dots Between Fitness Metrics and Healthcare

VO2 Max: Connecting the Dots Between Fitness Metrics and Healthcare

This webinar was live broadcast on January 28, 2020. You are purchasing a recording. You have 30 days from purchase date to download the recording. Any offers or discounts mentioned during the webinar may no longer be active.

Everyone talks about “fitness” but if you ask most trainers and staff in fitness clubs to quantify it, they can’t. The medical and science communities all agree that VO2max is the one measure that best quantifies an individual’s fitness. The American Heart Association recommends VO2max as a risk screening tool, while elite sports coaches measure it to gain greater insight into athletic performance. Pubmed has thousands of studies that reference VO2max as the measure of fitness for understanding health conditions. This webinar will explain the basics of VO2max and ways to measure it, the variations across the population, how to incorporate it into programming, and how it can help fitness clubs deliver greater value to their members in the context of health care. 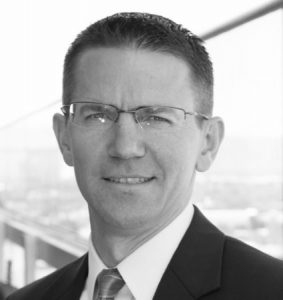 Karl Etzel began using a heart rate monitor to guide his training as a cyclist in the early 90’s.  He currently serves as VP of the Human Performance Lab at EXOS, focusing on research and testing of cutting edge fitness devices and programs.  Prior to his time at EXOS he worked as a consultant and advisor to numerous wearable device and analytics companies including VivaLNK, Firstbeat, Gesto and Motiv.  He’s been a cycling coach group exercise instructor (TRX and cycling) and has seen the intersection of technology and fitness from many angles.   As the head of business development at VivaLNK he worked with dozens of digital health solution developers to incorporate wearables into a wide variety of healthcare solutions.   Earlier in his career he worked in Intel’s Digital Health Group on the launch of home monitoring solutions for seniors and bedside computing solutions for nurses.  He also led the definition and launch of an enterprise workflow PaaS offering as CMO and CEO at Document capture Technologies.

In his spare time he enjoys cycling, strength training, and backpacking and skiing in the Sierras with his two sons.