View cart “The Meditation Landscape” has been added to your cart.

74% of Americans at some point in their lives will develop foot problems. The feet are hardly addressed as a necessary part of our fitness programs. Without developing a full understanding of your foot function and learning how to use all the parts of your feet when walking or in any fitness training you will be injured.

During this webinar, you’ll learn…

Webinar is presented via GoTo Webinar. This webinar was live broadcast on Tuesday, June 30, 2020. You will be viewing a recording. 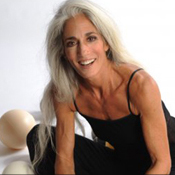 Yamuna Zake is a visionary healer dedicated to demystifying the body and providing simple, powerful tools that make lifelong fitness and well-being a reality for everyone. She has developed her deep knowledge of how the body works over forty years, starting at sixteen, when she became a certified hatha yoga instructor.

In 1979, during the birth of her daughter, Yamuna suffered an injury to her left hip. Unable to find effective treatment, she healed herself using her yogic knowledge. Out of this experience she created Yamuna® Body Logic, a hands-on therapy that became a full-time healing practice. She has worked on thousands of people, successfully treating many disorders, including herniated disk; low back pain; knee, hip, and shoulder injuries; plantar fasciitis; bunions; neuromas; carpal tunnel syndrome; prolapsed uterus and bladder; sciatica; slipped vertebra; and scoliosis. She has rehabilitated people with hip and knee replacements and restored mobility after seizures and strokes.

In 1991, she began developing Yamuna® Body Rolling, which uses a ball to enable people to do for themselves what she did for clients in a hands-on session. To maximize the effectiveness of this work, she designed a series of branded balls.  She also created Yamuna® Foot Fitness. For this work she developed props called Foot Wakers and Foot Savers. She has developed a Save Your Body Part series of DVDs that offer simple easy to follow education which helps people self heal their various body complaints. She has developed several modalities including the Power of the Breath, Yamuna Yoga, Save Face, and her newest work called AnatomyU which is an app which teaches people how to experientially work every muscle in the body. All of the wellness products she develops include instructional DVDs and streaming videos.

Yamuna developed a training program to enable other people to teach her work. Her company is now a global brand with a network of 700 certified practitioners who teach classes, do private therapy sessions, and sell her products in 37 countries.

In 1997, Yamuna published Body Rolling: An Experiential Approach to Complete Muscle Release (Healing Arts Press; lifetime sales as of June 2018, 16,626), a professional manual. In 2004 she published The Ultimate Body Rolling Workout: The Revolutionary Way to Tone, Lengthen, and Realign Your Body (Broadway Books; sales to date, 28,979), a how-to for the general public.

Articles about Yamuna and her work have appeared in magazines in the U.S., Spain, Italy, the U.K., Portugal, Israel, Canada, Hong Kong, Chile, and Australia. There have been dozens of articles in Japanese magazines and newspapers

Yamuna herself has appeared in US fitness, fashion, and professional bodywork magazines and on television. Most of her 25 senior practitioners have their own media presence and have been featured in magazine articles and occasionally on local TV in their countries.