This webinar was live broadcast on October 1, 2019. Any offers or discounts mentioned may no longer be active.

In this webinar, learn about the gold standard of nutritional excellence enabling not only a long, healthy life, but also reversal of serious chronic disease. Viewers will be informed and motivated how to use food and nutrition therapeutically to lower blood pressure and cholesterol, reverse and resolve coronary artery disease, diabetes, and autoimmune diseases. Nutritional excellence is 100 times more effective at preventing heart attacks and strokes compared to taking medications to lower blood pressure and cholesterol. This is about getting well, not merely covering up problems with drugs, that come with their own set problems and dangers.

Dr. Fuhrman will review the principles of longevity science with the scientific evidence that shows we can win the war on cancer right now, with adherence to a diet-style rich in anti-cancer phytochemicals; which also prevents against dementia. Lastly, understanding the underlying causes of food addiction and emotional overeating are essential to achieve and maintain an ideal healthful weight. 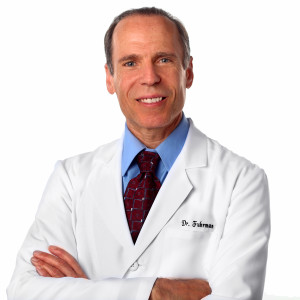 Joel Fuhrman M.D. is a board-certified family physician, best-selling author and nutritional researcher, who specializes in preventing and reversing disease through nutritional methods.

He has been an active family medicine clinician for over 25 years. He is the author of 9 books, 5 that have been on the NY Times bestseller list.

As a medical expert on nutritional therapy and natural healing, Dr. Fuhrman has appeared on hundreds of radio and television shows on ABC, CBS, NBC, FOX, CNN, the Discovery Channel, TV Food Network, including, the Today Show, Good Morning America, Live With Kelly and Michael, and The Dr. Oz Show.

Dr. Fuhrman’s PBS television show, “3 Steps to Incredible Health”, began airing nationwide in June 2011and became the top fundraising show for PBS in 2011. In 2012 his PBS television show “Dr. Fuhrman’s Immunity Solution” began airing and beginning in August 2014 his show “End Dieting Forever” aired. Dr. Fuhrman’s efforts have not only been important to PBS but these shows make applying modern nutritional science understandable and have improved the health of millions of people across America.

Dr. Fuhrman presently serves as the President and research director of the Nutritional Research Foundation. He is involved with multiple ongoing studies. His foundational discoveries on food addiction and human hunger were published in the scientific journal, Nutrition Journal, in November 2010 entitled, The Changing Perception of Hunger on a High Nutrient Density Diet. Dr. Fuhrman is a graduate of the University of Pennsylvania School of Medicine (1988).

As a former world class figure skater, he placed second in the United States National Pairs Championships in 1973, and third in the World Professional Pair Championships in 1976. Dr. Fuhrman has been involved professionally with sports medical committees, advised professional and Olympic athletes, and lectures to athletic trainers and world-class athletes for maximizing performance and preventing injury. Today, he devotes considerable time to educating other physicians at medical conferences for CME credit.