This webinar was live broadcast on June 4, 2019. You are purchasing a recording. You have 30 days from purchase date to download.

With all of the gyms, personal trainers, fitness instructors, fancy shmancy workout programs, magazines, and books telling us how to lose weight, why is America still fat?

In this insightful presentation, you’ll be taken on a myth-busting ride through the weight-loss jungle to discover the truth about metabolism, diet, exercise, interval training, fat burning, and even your genes. 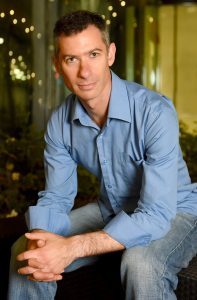 It started with a race around the track in sixth grade in Marlboro, New Jersey. Little did Jason Karp know how much it would define his career and life. A Brooklyn, New York native (you can take the boy out of Brooklyn but you can’t take Brooklyn out of the boy), he grew up playing baseball and soccer and running track. It was intoxicating. The passion that Jason found as a kid for the science of athletic performance (one of his earliest questions was how baseball pitchers throw curveballs) placed him on a yellow brick road that he still follows all these years later as a coach, exercise physiologist, author, speaker, and creator of the REVO₂LUTION RUNNING™ certification program for coaches and fitness professionals around the world.

At age 24, Dr. Karp became one of the youngest college head coaches in the country, leading the Georgian Court University women’s cross country team to the regional championship and winning honors as NAIA Northeast Region Coach of the Year. As a high school track and field and cross country coach, he has produced state qualifiers and All-Americans. He is also the founder and coach of the elite developmental team, REVO₂LUTION RUNNING ELITE.

A prolific writer, Jason is the author of eight books: The Inner Runner, Run Your Fat Off, 14- Minute Metabolic Workouts, Running a Marathon For Dummies, Running for Women, 101 Winning Racing Strategies for Runners, 101 Developmental Concepts & Workouts for Cross Country Runners, and How to Survive Your PhD, and is editor of the sixth edition of Track & Field Omnibook. He has more than 400 articles published in numerous international coaching, running, and fitness trade and consumer magazines, including Track Coach, Techniques for Track & Field and Cross Country, New Studies in Athletics, Runner’s World, Running Times, Women’s Running, Marathon & Beyond, IDEA Fitness Journal, Oxygen, PTontheNet.com, and Shape, among others. He also served as senior editor for Active Network.

Dr. Karp is a USA Track & Field nationally-certified coach, has been sponsored by PowerBar and Brooks, and was a member of the silver-medal winning United States masters team at the 2013 World Maccabiah Games in Israel.

For his work and contributions to his industry, Jason was awarded the 2011 IDEA Personal Trainer of the Year (the fitness industry’s highest award) and was honored with the President’s Council on Fitness, Sports, & Nutrition Community Leadership Award in 2014.

Dr. Karp received his PhD in exercise physiology with a physiology minor from Indiana University in 2007, his master’s degree in kinesiology from the University of Calgary in 1997, and his bachelor’s degree in exercise and sport science with an English minor from Penn State University in 1995. His research has been published in the scientific journals Medicine & Science in Sports & Exercise, International Journal of Sport Nutrition and Exercise Metabolism, and International Journal of Sports Physiology and Performance.