This webinar was live broadcast on May 28, 2019. You are purchasing a recording. You have 30 days from purchase date to download.

The underlying contribution to a wide variety of conditions including cancer, pain, neurodegeneration, fatigue, etc. is insufficient cellular oxygenation/metabolism. Although many products purport to improve cell oxygenation, most do not when measured objectively.

Specific strategies that truly optimize cellular aerobic metabolism are available and thus address one of the most significant causes of dysfunction and disease. Using physiologic laws of nature combined with the individual needs has enabled results when other approaches have failed. This session will introduce the concepts and techniques used to evaluate cellular aerobic metabolism.

THIS WEBINAR IS FREE FOR MedFit Network (MFN) professional members. Active MFN members should CLICK HERE & log in to your MFN account; instructions for accessing past webinar recordings are available on your MFN account dashboard. 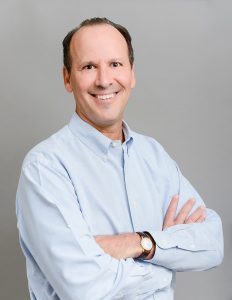 In addition, Dr. Kaslow has participated in the following appointments:

As a native Southern Californian, Dr. Kaslow was raised on a farm in the Danish community of Solvang just north of Santa Barbara, California with five brothers and two sisters. His father was a physician who invented the plastic oxygen mask, the plastic nasal oxygen cannula, and a variety of plastic stomach tubes.

In 1984, he and his wife Sandi married. They have three children: Jacob, who graduated from UC Berkeley and is now at Tulane Medical School in New Orleans, Alexandra who completes UC Santa Barbara in June 2011 as a psychology major, and Sierra who started at UCLA in the fall of 2010. Among his hobbies, Dr. Kaslow enjoys computers and sports such as basketball, golf, and especially tennis. Dr. Kaslow and his son climbed the summit of Mount Kilimanjaro over the 2009-2010 New Year.